Gun control has long been debated in our nation by both citizens and politicians alike. We live in a time where violence has been on the rise in our major cities and gun related crimes have risen with this statistic. There is a severe lack of government funding directed to curbing the foundation and source of the increase of violent gun related crime. We do not have an appropriate amount of funding for combating organized crime, gun smuggling or mental health among the general population. So with the 2019 election having been announced, where do the parties of Canada stand on gun related issues? In this series over the past four weeks, we have investigated the gun control stances of each of the major parties of this great nation. Today, we take a look at the last remaining party: the Conservative Party of Canada.

Throughout history, firearms and heritage have been at the forefront of Canadian society. No other party in the history of our nation has more adamantly supported the Canadian right to possess and purchase firearms for protective, hunting and sport shooting quite like the Conservatives have.

Their vision to see the actual problems of our society shows us that they aren’t interested in making up stories to cover a hidden agenda. Rather, they are focusing on changing the statistics by going after the criminals that create the problems.

In a policy release dated October 9th, 2019, the Conservatives have posted the following points on their website regarding gun rights for Canadian firearm owners:

As Prime Minister, Andrew Scheer’s plan for A Safer Canada will: 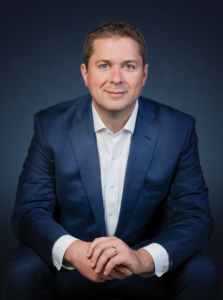 There have been many discussions that the incumbent has had with members of the media in which his stance was discussed at length. In this article from the Globe and Mail, he talks about his own gun ownership and in an interview with CCFR CEO, Rod Giltaca, he states his stance:

“In his platform, Mr. Scheer references a story about hunting whitetail deer with a friend’s .308 precision rifle, and later eating jerky. “As a firearms owner myself, I’m very sympathetic to the concerns that people like me face every day,” Mr. Scheer said in the video.

Rod Giltaca, CEO and executive director of the Canadian Coalition for Firearms Rights who conducted the video interview with Mr. Scheer said the Conservative leader’s platform was a “middle of the road approach” for gun owners, although he agrees with the proposal to strip authority from the RCMP.

“Our position has always been [to] get rid of the punitive measures on people that aren’t shooting anyone, and then focus all of that extra effort…on the people that are shooting folks,” he told The Globe.”

This Toronto Sun article dated October 5th, 2019, also shows a very strong attack on the correct target when it comes to dealing with gun related violence on our streets. The two opposing views between the Liberal platform, which completely ignores the actual source of gun violence, and the Conservative platform, that goes right to the heart of the issue, attacks actual gun violence on our streets. The editorial states:

Enter Andrew Scheer, who on Friday offered up a plan that seems closer to what the voters want. The Conservative leader pledged to end automatic bail for gang members who are awaiting trial and to revoke parole to gang members who associate with their former gang after they’ve been released.

“Today in Canada there are families who are afraid to let their children play outside or walk to school for fear of gun violence,” said Scheer.

No kidding. The violence isn’t just contained to within gangs these days. It now spills out into our streets – harming our kids and other innocent bystanders.

When Trudeau focuses on the AR-15, he’s simply trying to piggyback off of the emotions in the United States gun debate. That’s wrong. We are two different countries with two different sets of problems.

A more responsible approach isn’t to just take what you’ve heard on U.S. television and run with it but to stop and look at the facts on the ground in Canada. That’s what Scheer’s more responsible plan does.

These are all great and reasonable points and show that the Conservative leadership can actually see the source of the problem and has a plan to deal with it. That’s something that all Canadians can get behind.

The Trudeau camp seems to want to fear monger those that don’t have any prior knowledge or experience with firearms and bully them into a broken plan that does nothing to address the actual issues. Throwing American statistics at Canadian’s is not only misguided but is completely irresponsible.

Having a knowledgeable leader standing up for BOTH sides of the debate and to have a national policy that protects ALL of us is exactly what is needed and what we all deserve. Going after criminals is what has to be done to allow parents to have peace of mind when their children are at play. This is the Canadian way of life. We don’t currently have peace of mind and haven’t for the past four years as crime rates have risen exponentially.

It’s time for us to have some logic and intelligence at the helm of our great nation, to protect our rights, conserve our heritage and allow law abiding citizens the ability to maintain those rights in a non-poisoned environment. It’s time for all of us to get ahead.