We apologize for the delays in shipping. We have been experiencing a shortage of staff and having trouble finding new people to replace the positions needed. Our team is working hard to get orders processed and sent as fast as possible. We ask for your patience and understanding in this matter and appreciate your continued support. – The Rangeview Sports Team
Home/Reloading/Projectiles/Hornady Interlock 30 Cal Rifle Bullets 180 Gr – 100Ct 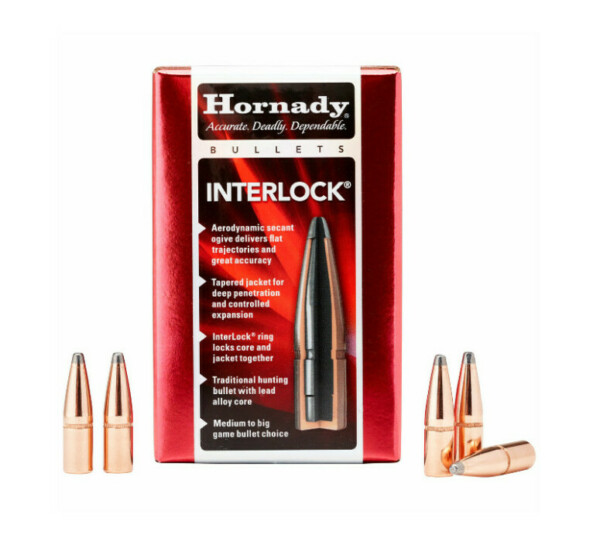 By adding items to your Wishlist, you will get an email notification when: items come back in stock, price changes, or when an item is no longer available (account required).

Our traditional line of bullets feature exposed lead tips for controlled expansion and hard-hitting terminal performance. Most have our pioneering secant ogive design — one of the most ballistically efficient profiles ever developed (see diagram to right). Most feature our exclusive InterLock® design — a raised ring inside the jacket that is embedded in the bullet’s core that keeps the core and jacket locked together during expansion to retain mass and energy.

$2,729.99
Rated 0 out of 5
Select options
Wishlist
Back to Top
Product has been added to your cart