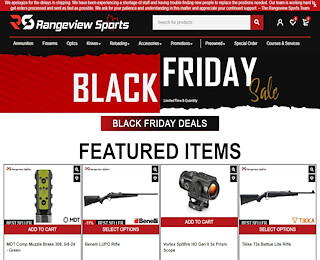 Browning is well known for its machine guns. The rich history this manufacturer has continues through pistols and long rifles from Rangeview Sports in Canada.

What is a browning pistol or rifle?

The company may be best known for its contribution to World War 2 in the form of a machine gun that is still in use in militaries around the world. They continue the tradition with a series of sporting and hunting rifles and pistols.

Browning pistols are well known in sporting circle for their sleek design and accuracy. The Browning Hi-Power pistol is a terrific personal defense firearm as well.

Can I upgrade my Browning pistol?

Many Browning pistols come with rails. Picatinny rail is now the most used among pistols. Attach weights, lasers, and flashlights to your gun.

Scopes and other tools can also be mounted for any sport shooting or hunting need. Combine a Browning rifle with a high-powered scope to bag small game at range. Most rifles and pistols produced by the manufacturer use 22 long rifle ammunition.

What can I do with a .22 caliber long rifle?

The smaller ammunition allows you to accurately shoot hit your target without tainting the meat. A rabbit full of pellets does not cook well.

Another use of Browning rifles and pistols is in target shooting. A common hobby is to hit targets or “plink” using these guns.

Plinking is fun and builds the skills needed for competition shooting. Many competitions now include .22 caliber rifle events as well.

How do I obtain a firearm in Canada?

A .22 caliber pistol and hunting rifle falls into the unrestricted category of firearms. These guns only require you to take a class and obtain a personal acquisition license allowing you to obtain ammunition.

The course covers firearm safety, proper handling, and involves a test and demonstration of shooting skills and gun handling in real life. Canadian laws wish to ensure that only qualified people can obtain a gun.

Is it difficult to obtain a PAL?

The PAL license is easy to obtain and requires only a small fee. Plan on spending as much as $250 for the Canadian Firearms Safety Class but much less for your license.

You must submit the appropriate forms every five years. This likely will involve a background check. Felons cannot own firearms.

Where can I obtain a .22 long rifle or pistol in Canada?

Browning is one of the most iconic firearms manufacturers thanks to their heavy-caliber machine gun. However, this company also sells a wide variety of .22 caliber hunting rifles and pistols.

Rangeview Sports supplies quality firearms from Browning. Get in touch with our experts at +1 905-868-6666 or visit or website for more information on our selection of guns, pistols, and shotguns.

We welcome your comments!

No products in the cart.